Amazing Puppets From Around The World

Pictures from sources linked below.

We all have memories of puppet shows, whether of live shows or shows from the big and small screens (Sooty, The Muppets, Sesame Street...). Generation after generation they have captured the imagination. In this week's blog post, we look at puppeteers who have stretched their imaginations to epic proportions, building jaw-droppingly elaborate puppets that not only leave a lasting visual impression, but also boggle the mind to think just how they were constructed! 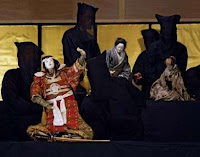 This traditional puppet theatre from Japan is notable for the life-like movements of the characters, which the puppeteers undertake years of training to achieve. 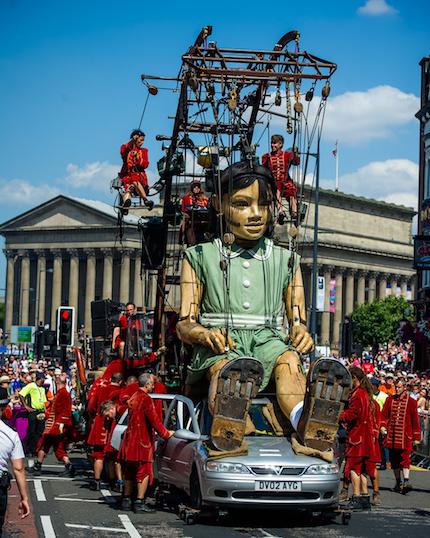 This creative team's marionettes and epic puppet designs have been seen all around the world and will be in Liverpool this October! 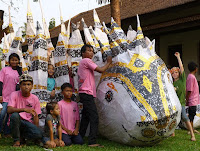 Every year in Cambodia, disadvantaged children take part in creating these incredible masterpieces, which are paraded through the streets of Siem Reap. 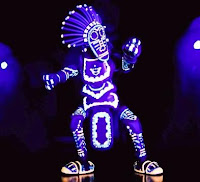 MANU captured the public's attention when puppeteer Barnaby Dixon released footage of the puppet dancing - the intricate design behind this finger puppet gives it extra-realistic movements. 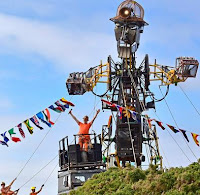 Man Engine, the 11-metre-tall, Transformer-like puppet, was made in Cornwall and is the largest mechanical puppet ever constructed in Britain.

Bonus: The record for the World's Largest Puppet/Marionette was set in Ottawa, Canada by the Villa Marconi Long-Term Care Center. The mascot measured 58ft, 5.5in tall!

References:
JoJoFun is not responsible for the content of external websites.
Bunraku Japanese puppet theatre
Bunraku Puppets: A Research Paper
We need to talk about these giant puppet festivals
The 10 best puppets
The Giant Puppet Project, Cambodia
MANU the Warrior Finger Puppet Performs a Sultry Dance to the Unlike Pluto Song ‘Waiting for You’
The Largest Mechanical Puppet Ever Constructed in Britain
Largest puppet/marionette
Posted by Jolene at 14:00